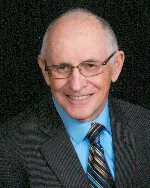 Print Obituary
James Marion McHaney, 75, of Belleville, IL, passed away on Wednesday, January 24, 2018, at Evelyn’s Hospice House in Creve Coeur, MO.  He was born September 18, 1942, in West Frankfort, IL, to James and Marilea McHaney, Jim was united in marriage to Sammy Lou, nee Vowell, McHaney, and celebrated 54 years together.

Jim was a lifelong music educator who spent 31 years of teaching his love of music to hundreds of students.  He retired in 1994 as head of the music department at Belleville East High School.  During his career, he also served as a coach and mentor. Jim enjoyed working with students, particularly at the high school level. Those activities included Treble Choir, Concert Choir, Show Choir, Women’s Basketball, Men’s Golf, and leading and directing countless performances and productions at Belleville East and other community locations.  Jim was a member of Union United Methodist Church in Belleville, and served on various committees, and at one time directed the teen choir.  He enjoyed country line dancing, playing golf and bowling with his many friends whenever he got the chance.  He created many memories in traveling with family and friends throughout the world.  However, he particularly loved visiting with his children, grandchildren, and great-grandchildren.

Jim was preceded in death by his parents, James M. and Marilea, nee Taylor, McHaney; and a brother, Joe David McHaney.

In lieu of flowers, memorials may be made to the Belleville East Music Department or to Union United Methodist Church.  Condolences may be expressed to the family online at www.rennerfh.com.

Visitation:  Friends may visit with the family from 5 to 8 p.m. Friday, January 26, 2018, at Union United Methodist Church, Belleville, IL.

Burial will be in Green Mount Protestant Cemetery, Belleville, IL.