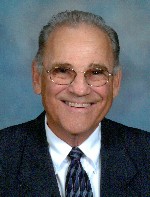 James retired as a Supervisor from Monsanto Company after 38 years of service.  He served on the Swansea Planning and Zoning Board for 23 years. He was a member of the Swansea Moose, the Belleville Senior Citizens, and Monsanto Retirees’ Club.  He was a U.S. Marine Corp veteran of the Korean War and a Charter Member of St. Augustine of Canterbury Catholic Church.

Most importantly, he was a man of great faith, an incredible husband, father, grandfather and great- grandfather, whose most precious moments were those spent with his family.

He was preceded in death by his parents, Mary Francis Casper, nee Wilson, and Jesse Smith; his father-in-law and mother-in-law, Leonard and Viola Welsch; sisters-in-law, Margaret K. Schindler, and Betty Jean Welsch; and nephew Daniel Welsch.

The Family would also like to recognize and thank Maxim Healthcare Services and HSHS Hospice for their compassionate and attentive care.  A special heart felt thank you to his personal care giver, Gail Spenser, for her loving care and support.

Memorials may be made to Wounded Warriors Project, St. Augustine of Canterbury Catholic Church, or to HSHS Hospice.  Condolences may be expressed to the family online at www.rennerfh.com.

My thoughts and prayers go out to Helen and her family.
Larry Fournie