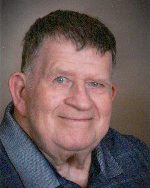 Mr. Wesolik was an engineering clerk for Illinois Power before his retirement.  He was a member of the New Athens Lions Club and a former member New Athens Commercial Club. He enjoyed all types of sports, especially fishing, and he loved spending time with his grandchildren. In his spare time, he pursued his love of architecture by drawing house plans for many local residents. Jim was a parishioner of St. Agatha Catholic Church, New Athens, IL, and was a 60-year member of the New Athens Knights of Columbus Council.

Jim was preceded in death by his parents, Frank and Ruth, nee Werner, Wesolik; and a brother, Les Wesolik; and two brothers-in-law, Brad Farnworth and Robert Thurmond.

The family wishes to express a special thank you to Family Hospice and to personal caregiver Joyce Degenhardt for their care and compassion.

Memorials may be made to St. Agatha Catholic Church or to Family Hospice. Condolences may be expressed to the family online at www.rennerfh.com.

Burial will be at St. Agatha Cemetery, New Athens, IL.