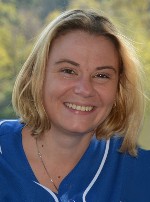 Jamie was a devoted wife, mother, daughter, sister, and friend.