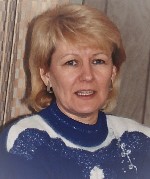 Janet was a devoted homemaker who always gave of her time and her heart.  She lived by example and imparted valuable life lessons to her children. She was selfless in the care giving of her son, Matt.  She adored her grandchildren and spoiled them with her humor, wisdom and love. In her leisure time, Janet enjoyed reading, working crossword puzzles and watching Cardinals games.  Janet will be greatly missed but has left an eternal imprint on our hearts.

She was preceded in death by her husband of 37 years, Terry Lynn Poe, whom she married on September 3, 1966, and who died on February 6, 2004; a daughter, Tracy Poe; a son, Matthew Poe; her parents, Joseph B. and Margaret D., nee Mahoney, Davis; and two brothers, Fred and Jay Davis.

Janet’s daughters wish to extend their sincere gratitude to Phil and Diane Davis, Devine Allen and Liz (Hospice Orange South) for their exceptional and compassionate care.

Memorials may be made to the Down Syndrome Association of Greater St. Louis. Condolences may be expressed to the family online at www.rennerfh.com.

Per Janet’s request, no services will be held.