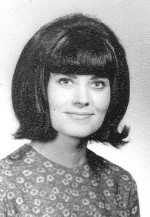 Janet’s fondest childhood memories were made with her father, who was an outdoorsman and an avid hunter and fisherman. They would travel up and down the Mississippi River together in search of the next great catch. Janet was fond of telling those stories to her children.

Janet attended Cahokia High School where she was honored with the title of homecoming queen and graduated in 1958. Janet’s pursuit of education took her to Southern Illinois University Carbondale, and she graduated in 1962 with a bachelor’s degree and her teaching certificate. She went on to complete her master’s degree in psychology. During college, Janet married her first love and high school sweetheart Jim Bonifield and they were blessed with their son Jeffrey. Janet started teaching grade school in the Cahokia School District at Rosewood Elementary and was loved by her students. She was known for her extraordinary kindness and her ability to relate to the children.

Janet was no stranger to tragedy as she lost her first love Jim and was forced to carry on for herself and Jeff.
She met her second love Lawrence Rosenstengel, a high school English teacher and they were married in 1966. They were blessed with two sons, Jon and Jeremy. Janet made the decision at that time to give up teaching and be a stay at home mother to their three children. She devoted herself to her family and her children and they were all better because of it. Larry passed away in 1980 and Janet kept pushing on to keep her family moving forward.

Janet started working for her mother’s home health care company, Rainbow Group Health Care, and she helped run the company for years. Janet helped the sick and infirmed while at the same time worked hard to help her own children through high school and college. Janet’s first love was teaching, and she also became an avid tutor and mentor for many of her son’s friends and children. Many of the children she helped were struggling in the conventional school setting and through Janet’s help and guidance were able to navigate through their difficult younger years. One of Janet’s struggling students is now on the path to becoming a doctor. Janet just had a special quality with children and her teaching abilities were astonishing. Janet also loved opening her home to the neighborhood children and directing them in art projects and sharing her tremendous artistic talent with them, Janet was always there for everyone around her and the world was certainly a better place because of Janet’s giving of herself.

Janet’s final act of kindness was to donate her organs and tissue to help others.

Memorials may be made to Autism Speaks. Condolences may be expressed to the family online at www.rennerfh.com.

Interment will be private.