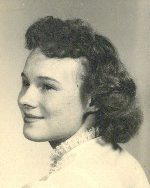 Janet was an awesome mom and very involved in the lives of her family.  She was loved by her family and will be missed.

In lieu of flowers, memorials may be made to Hospice of Southern Illinois or to the Lebanon Care Center Activity Fund, in care of Laura Payden. Condolences may be expressed to the family online at www.rennerfh.com.