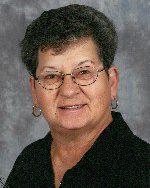 Mrs. Harper was a Freeburg Midgets and a Fulton Missouri Hornets football fan, and loved the St. Louis Cardinals.

She was preceded in death by her parents, Harland and Edith Marie, nee Schwalb, Garland; and two brothers, David L. Garland and Jon S. Garland.

According to Janice’s wishes, there will be no funeral services.