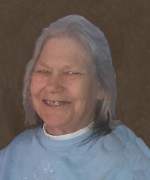 She was preceded in death by her parents, Otis W. and Helen K., nee Chastain, Wiley; two brothers, Andrew and Richard Wiley; and one son-in-law, Richard Seyler.

The family wishes to extend a special thank you to Fresenius Medical Care, Fairview Heights, IL, for the compassionate care given to Janice and her family.