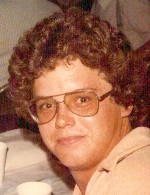 He was preceded in death by his father, James Ratermann; two brothers, Jan Ratermann and Jeffrey Ratermann; and a nephew, Joseph Judy.

Burial will be held at a later date at St. Dominic Cemetery, Breese, IL.