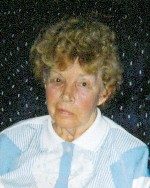 The family extends a special thanks for the excellent care given to Jeanette by the staff at Bradford Place and to Heartland Hospice.

Memorials may be made to St. James Catholic Grade School or to Heartland Hospice. Condolences may be expressed to the family online at www.rennerfh.com.