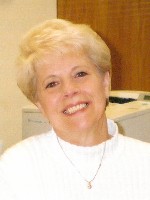 Mrs. Kemper was employed at the St. Clair County Assessor’s office before her retirement.  She was a devout Catholic and a member of Holy Trinity Catholic Church, Fairview Heights, IL.

Memorials may be made to BJC Hospice or to St. Jude Children’s Research Hospital.  Condolences may be expressed to the family online at www.rennerfh.com.

Private family burial will be at Green Mount Catholic Cemetery, Belleville, IL, at a later date.