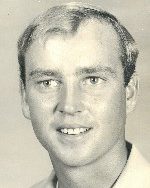 Mr. Minor was a graduate of Cathedral Grade School and Cathedral High School in Belleville, IL.  He was a member of the Teamsters Building and Products Union for 35 years.  Jeff served in the U.S. Marine Corps from 1964 through 1968 with combat service in Vietnam.  He was awarded three purple hearts.  He was an avid motocross racer and pool player.

He was preceded in death by his parents, Arthur and Lois, nee Willard, Minor; and a sister, Enid Klingele.