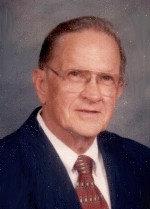 Mr. Fahsl was a retired USAF SMSgt who served in the Korean War. He was a human resource manager for the United States Air Force and then for the Federal Government.  Mr. Fahsl obtained his Bachelor and Master of Science Degree in Education with a specialization in Counselor Education/Community Counseling.  He was also a member of the American Legion Post 58 and a 30-plus year member of St. Teresa’s parish in Belleville, IL.

Jerome was preceded in death by his wife of 63 years, Margaret Mary, nee Theisen, Fahsl, whom he married on April 23, 1949, and who died March 16, 2013; twin sons, Kevin and Steven Fahsl, in infancy; his parents, Michael and Emma, nee Klier, Fahsl; a granddaughter, Sarah Oliver, in infancy; three brothers, Lorenz, Michael and James Fahsl; one sister, Elizabeth Fahsl, seven half-sisters and three half-brothers.

Memorials may be made to the Alzheimer’s Association or to the charity of the donor’s choice. Condolences may be expressed to the family online at www.rennerfh.com.

Funeral: Graveside services with full military honors will be held at 2:30 p.m. Monday, July 2, 2018, at Jefferson Barracks National Cemetery, St. Louis, MO. Those wishing to attend should gather at the cemetery administration building (rear) at 2:15 p.m.