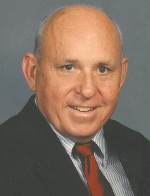 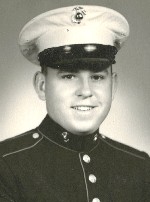 Mr. Hemmer was a self-employed insurance broker before retirement.  He was a Sgt. in the United States Marine Corps and served in the Korean War. He was a member of St. Henry Catholic Church, Belleville, IL, and treasurer of the Diocesan counsel of Catholic men. Jerry was also former president of the United Youth of Belleville, former president of the Belleville Optimist Club, past chairman of the Belleville Zoning Board, past alderman for the City of Belleville, former vice president of Turkey Hill Grange, and on the board at the YMCA. He enjoyed gardening, fishing at the South 40, and coaching at the Khoury League.

He was preceded in death by his wife of 57 years, Lois L., nee Burke, Hemmer, whom he married on October 15, 1955; a son, Thomas Hemmer, in infancy; four brothers, Clem, Roger, Joseph and Jack Hemmer; a sister, Rita Rittenhouse; a brother-in-law, James Burke; and Dolores Barbachem who became his second wife.

In lieu of flowers, memorials may be made to the Althoff Catholic High School or a blood donation or monetary donation to the American Red Cross. Condolences may be expressed to the family online at www.rennerfh.com.