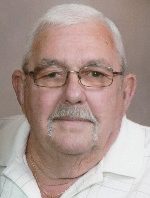 Jerry was a retired driver for Teamsters Local 50, Swansea, IL. He was an avid outdoorsman who loved to deer hunt and fish. He was a member of the New Athens Sportsmen Club, and was an avid longtime euchre player, and Stag beer drinker.

Memorials are preferred to Evelyn’s House, Creve Coeur, MO.  Condolences may be expressed to the family online at www.rennerfh.com.

Visitation:  Friends may visit from 4 to 8 p.m. Tuesday, September 8, 2020, and from 10 a.m. to noon Wednesday, September 9, 2020, at George Renner & Sons Funeral Home Belleville, IL. Standard CDC guidelines will always be observed including masks and a limited number of visitors at any one time.