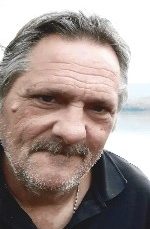 Mr. Parker was an over-the-road tractor trailer driver for more than 30 years. He loved riding motorcycles, driving a semi, and spending time with his family and friends.

He was preceded in death by his father, Roger Parker; his mother, Billie Jean, nee Lincoln, Williams; and a sister, Angela Riddle.

According to Jerry’s wishes, private cremation services were held.