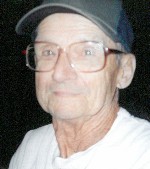 Mr. James was a civil service employee at Scott Air Force Base, working as a supervisor in the tire shop.  He was an avid baseball fan, loved playing cards, and enjoyed spending time with his family.  He was loved by all who knew him.

Funeral: Funeral services will be held at a later date.  According to Jesse’s wishes, he donated his remains to science.