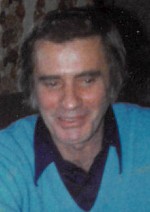 Mr. Hanvey was a retired laborer for laborer’s local #459 in Belleville, IL. He was a member of the Belleville / Swansea Moose Lodge 1221, an avid golfer, and enjoyed horse races.

Memorials may be to the charity of the donor’s choice. Condolences may be expressed to the family online at www.rennerfh.com.