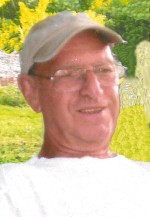 Jimmy was a United States Navy veteran. He was a retired pattern maker.