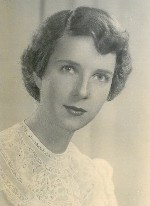 Joan was an executive secretary at Scott Air Force Base before her retirement.  She enjoyed card games and was a savy bridge player. She was an avid dog enthusiast, and a big part of her life was spent participating and volunteering at dog shows and agility trials.  She loved animals and was a member of the Belleville Kennel Club.  Joan enjoyed traveling and was always looking for the next adventure.

She was preceded in death by her parents, Rudolph Christian and Edna Rose, nee Seifert, Heiligenstein.

Deepest condolences to the entire family of Joan Bakken; May her spirit live through beloved family, friends, and advocacy for animals.