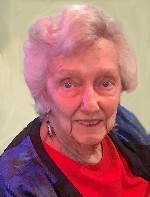 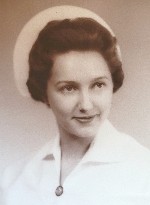 Joan graduated from high school in Moultrie, GA, then continued her education becoming a Registered Nurse. She later earned her BS from The College of Saint Francis. Joan began her nursing career at Carle Clinic, later moving to Belleville, IL, accepting a position with St. Elizabeth’s Hospital in the Operating Room. While the operating room was her first love, she decided to take on a managerial position. Some would say that she “was a force to be reckoned with.” She was very proud of the OR and spoke highly of everyone she worked with, and Joan was highly respected by the staff and surgeons. During her time at St. Elizabeth’s Hospital, Joan designed and opened the surgical suites, moving surgery to the new wing. She also opened the outpatient surgery department and testing center and started the open-heart surgery program. She was one of the first regional members and a past president of the AORN (Association of Operating Room Nurses). She was tenacious, persistent, and determined to make the OR one of the best. After 30+ years, she ended her career as Director of Surgical Services at St. Elizabeth’s Hospital. One of Joan’s retirement highlights was getting together with lifelong friends “the gang” from St Elizabeth’s for their monthly outings.

In addition, retirement offered her and Mel time to travel and enjoy Florida’s warm weather, calling it home for ten years. Due to health concerns with Mel and “Grammie” missing her grandchildren, the two moved back to Smithton, IL.

To know Joan, you knew her mental, physical, and emotional strength. She was a rock—a warrior. Not one to tell but show her love for her friends and family. We are grateful to have had a mother that enjoyed spending time with her grandchildren, enjoying life events, playing cards, making trips to the casino, and watching her St. Louis Cardinals.

She was preceded in death by her husband of 55 years, Melvin G. Swanson, whom she married on May 13, 1958, and who died on April 29, 2013; her parents, Phillip and Marjorie, nee Cunningham, Ziegler; and two brothers, Phillip “Jerry” (Janet) Ziegler and James “Marty” Ziegler, and a grandson Joshua Rodriguez.

Memorials may be made to the Belleville Area Humane Society or St. John the Baptist Catholic Church, Smithton, IL. Condolences may be expressed to the family online at www.rennerfh.com.

Private burial will be at Jefferson Barracks National Cemetery, St. Louis, MO, at a later date.