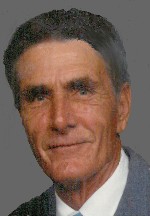 Mr. Adams worked for GMO Railroad and later went on to be a general contractor.  John was a former member of Community Christian Church, and a member of the Brotherhood of Railroad Carmen and Bricklayers Local 100.

Memorials may be made to The American Lung Association or to The Alzheimer’s Association.  Condolences may be expressed to the family online at www.rennerfh.com.

My prayers for the Adams family. Dan just want you to know that as former classmate and lifelong friend I am here if you need an ear to listen. You were there for me when I went through. God Bless