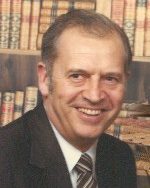 Mr. Bennett attended Davis & Elkins College in Elkins, West Virginia.  He received his bachelor’s in Mining Engineering.  He was the president of Peabody Coal – Illinois Division, before his retirement.

He was preceded in death by a son, William Matthew Bennett; a grandson, Zach A. Melvin; a great-grandson, Mason A. Schmittling; and his parents, Matthew and Martha, nee Synder, Bennett.

Cremation was held and private burial will be in Elkins, West Virginia.