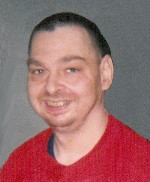 John’s upbeat personality and warm smile made it easy for him to make friends wherever he went.

Memorials may be made to Family Hospice or to Support Systems & Services, Inc., 900 Royal Heights Road, Belleville, IL  62226.  Condolences may be expressed to the family online at www.rennerfh.com.