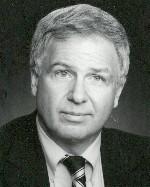 Print Obituary
John J. Driscoll, 76, of Fairview Heights, IL, born April 3, 1940, in East St. Louis, IL, passed away peacefully January 7, 2017, in the comfort of his own home and in the company of the ones who cherished his life beyond the power of words.

John was the oldest boy of eleven children born to Judge John Joseph and Mary Agnes, nee Lynch, Driscoll of East St. Louis, IL. He graduated from St. Philip’s Grade School, Assumption High School, and Southern Illinois University Edwardsville before serving in the United States Air Force. He also served St. Clair County, Illinois, in the Probation Office, on its Board of Review, and as its Auditor. Over the years, John belonged to many civic, social, and political organizations, including the Belleville Chamber of Commerce, the Knights of Columbus, and the Ancient Order of Hibernians.

Some would say that he left this mortal world leaving every soul he encountered touched, but not bruised. The memories of the man that knew no stranger, nor enemy, will be forever tattooed in the minds of the fortunate souls blessed by his company, whether it be professional or social.

Doris….our sincerest condolences to you and your family and the Driscoll family. I remember so many wonderful moments John and I spent together while growing up in East St. Louis. As I watched our daughters and now our grandchildren interact with their neighborhood friends, I often thought back about my childhood friends and the camaraderie that existed among us. To us he was known as Johnny Joe. We attended St. Philip grade school and then Assumption High School. We last talked at a reunion of Assumption High School graduates several years ago. John, thanks for the memories and God Bless.

Doris, we offer our sincere condolences to you and your loved ones and the Driscoll family. We will keep you in our thoughts and prayers.

Condolences on the passing of my cousin Joe.
I have fond memories of him.

My prayers and thoughts are with all of the family. A great friend and class mate for 8yr. at St. Philips grade school

Please accept our sincer sympathy for the loss of your brother. The Scher Family

Doris … and all of John’s family …
Though our paths crossed only a few times because of PSP and the issues of our families around this illness … please know that we will keep you in our prayers and thoughts these days as you all adjust to life without John physically present …. bless you and all your family and friends … The family of Sandy Tiefenbrun and the st Louis PSP group ….

Our condolences to Cousin Doris & family over the loss of her husband John. A very sincere man with a wonderful sense of humor. Lots a good family get togethers in the past.
God Bless.

Doris – Sympathy and prayers to you and your families today and in the days ahead. Amber

To Driscoll Family:
Please accept my sympathy on your loss of John. He was a great guy and will be missed by all. I apologize for not being able to attend John’s services, but want to convey my condolences to young John and Sharon.