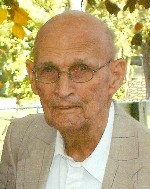 He was preceded in death by his parents, Elmer E. and Lucille D., nee Fiedler, Faith; one sister, Dorothy (Clarence) Yoch; and a brother-in-law, Paul Schmidt.

Surviving are his wife of 67 years, Dorothy, nee Farrar, Faith, whom he married on October 16, 1948;
a daughter, Lisa D. Faith (Tracey Smith) of Antioch, IL;
a sister, Minta Schmidt;
a brother, Patrick R. Faith;
nieces and nephews;
and great-nieces and great-nephews.

Memorials may be made to the Wounded Warriors Project.  Condolences may be expressed to the family online at www.rennerfh.com.