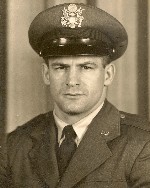 Major Granger was a 21-year veteran of the U.S. Air Force.

He was preceded in death by his wife of 61 years, Sally, nee Tucker, Granger, whom he married June 20, 1953, and who died on August 6, 2014; his parents, Raoul and Marie Yvonne, nee Clement, Granger; and eight brothers and sisters.

The Granger family would like to extend special thanks to the staff at Cedarhurst of Shiloh for their exceptional, loving care of Rocky, and a heartfelt thank you to the staff at Heartland Hospice.

In lieu of flowers, memorials may be made to the Alzheimer’s Association or to Heartland Hospice.  Condolences may be expressed to the family online at www.rennerfh.com.