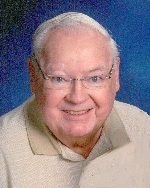 Mr. Holdener worked as a street superintendent for the city of Belleville before his retirement.  In his younger years, John loved to play softball.  He, along with his wife, enjoyed traveling, camping, and fishing. He enjoyed the great outdoors, was a great handyman who could fix anything, and he especially loved spending time with his family, grandchildren, and great-grandchildren.  He was a U. S. Army Korean War veteran.

John was preceded in death by his parents, John M. and Frances, nee Range, Holdener; and a brother, Leo Holdener.

Memorials may be made to the ALS Association, 2258 Weldon Parkway, St. Louis, MO 63146.   Condolences may be expressed to the family online at www.rennerfh.com.