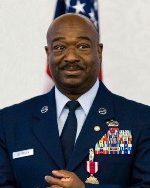 He was preceded in death by his father, Johnnie Lee Jones; and a brother, Marvin Jefferson.

“Therefore, since we are surrounded by so great
a cloud of witnesses, let us also lay aside
every weight and sin which clings so
closely, and let us run with endurance the
race that is set before us.”
– Hebrews 12:1

In lieu of flowers, memorials may be made to the Jefferson Barracks Food Pantry, 24 Davis Street, St. Louis, MO, 63125.  Condolences may be expressed to the family online at www.rennerfh.com.