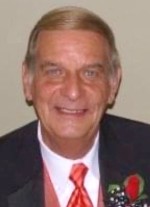 John was an architect and designer, who had previously worked for Famous-Barr Co. and Dillards.  John was an avid fisherman, car enthusiast, and enjoyed St. Louis Cardinal baseball. He was a United States Army veteran.

He was preceded in death by his father, John King; and his mother, Betty Jean (Roy) Yowell.

Memorials may be made to the Salvation Army. Condolences may be expressed online at www.rennerfh.com.

Visitation:  Friends and family may visit from 4 to 8 p.m. Monday, October 4, 2021, and from 9 to 10 a.m. Tuesday, October 5, 2021, at George Renner & Sons Funeral Home, Belleville, IL Standard CDC guidelines, including masks and social distancing will be observed.

A funeral procession will leave at 10:15 a.m. Tuesday, October 5, 2021, from the funeral home for an 11 a.m. burial with military honors at Jefferson Barracks National Cemetery, St. Louis, MO.