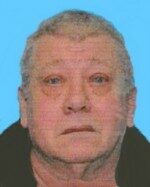 John worked as a machinist for TJ Gundlach for many years. He was also a member of the Belleville Police Auxiliary.

He was preceded in death by his wife, Margaret, nee Mabra, Miller; his parents, Clifford and Mae Jean, nee Miller, Miller; and a brother, Jody at infancy.

He is survived by his two sisters, Jamye Miller and Janet Keeney; a nephew, Kevin (Krystal) Keeney Jr; and many cousins.

Memorials may be made to the BackStoppers. Condolences may be expressed to the family online at www.rennerfh.com.

Private family services will be held.