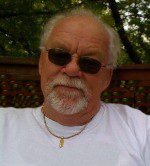 John worked for the Union Pacific Railroad for 36 years. He also served in the United States Army for 4 years. John was a motorcycle enthusiast. He enjoyed flat track racing and building motorcycles.

Memorials may be made to the St. Jude Children’s Research Hospital. Condolences may be expressed to the family online at www.rennerfh.com.

According to John’s wishes, no services will be held.