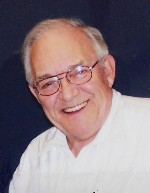 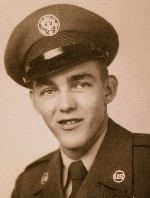 Mr. Parke retired as a senior specialist project engineer at White Rodgers. He was a United States Air Force veteran and served in the Korean War. He was a volunteer for the Smithton Fire Department for more than 71 years, serving as a captain, chief and district trustee. He enjoyed dressing as a clown on Halloween and giving out candy at the fire station for 25 years. Mr. Parke was instrumental in helping establish the 911 system in the area. He was a bingo caller for more than 30 years, and an avid hunter and fisherman. He belonged to the Catholic War Vets and the Smithton Sportsman’s Club and was a life member of the National Rifle Association. John was the devoted primary care giver to his wife for the past several years. He loved his family beyond measure and hosted countless holiday BBQ’s. He was a great listener and always put others needs before his own, even in bad health.

Memorials may be made to the Smithton Volunteer Fire Department. Condolences may be expressed to the family online at www.rennerfh.com.

Funeral: A Mass of Christian Burial will be held at noon Tuesday, December 31, 2019, at St. John the Baptist Catholic Church, Smithton, IL.