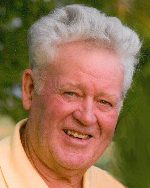 Special thanks are extended to Dr. James Althoff, to Fr. Mark Reyling, and to the many family and friends for their support during this most difficult time.

In lieu of flowers, memorials may be made to St. Agatha Catholic School, to the American Cancer Society, to Hospice of Southern Illinois, or in the form of Masses.  Condolences may be expressed to the family online at www.rennerfh.com.