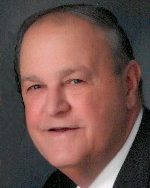 Mr. Spieker was a 1959 graduate of Cathedral High School in Belleville, IL. He worked for NCR (National Cash Register) for 34 years and moved his family throughout the Midwest, several times, for earned promotions. Upon his retirement from NCR, he joined what later became YUM! Brands in Louisville, KY. After retiring in 2008, he and his beloved wife, Jackie, returned to their hometown of Belleville, IL, and finally Fairview Heights, IL. He was a member of the 4th Degree Knights of Columbus, Dayton, OH.

Mr. Spieker leaves behind many life-long friends, as well.

In lieu of flowers, memorials may be made to St. Jude Children’s Hospital or to the American Heart Association. Condolences may be expressed to the family online at www.rennerfh.com.

Funeral: A Mass of Christian Burial will be held at 11 a.m. Wednesday, May 22, 2019, at St. Augustine of Canterbury Catholic Church, Belleville, IL, with Msgr. William McGhee officiating.

Burial will be at St. Agatha’s Cemetery in New Athens, IL