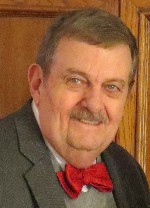 Print Obituary
John Thomas Boschert, 77, died peacefully at home on Monday, December 19, 2022, in Belleville, IL. He was born on March 4, 1945, in Pana, IL. His parents were Kenneth and Lucille Boschert of Alton, IL.

Tom is survived by Marilyn Lee Boschert, his best friend and loving wife of fifty-five years. He was the devoted and caring father to his son, CAPT Jeffrey Boschert, U.S. Navy; and his daughter, Kristine Polley, who preceded him in death. He is also survived by his daughter-in-law, Deborah Boschert; and son-in-law, Dr. William Polley. He was the proud and loving grandfather of Claire Boschert, Benjamin Boschert, Zachary Polley, and Elizabeth Polley. He was preceded in death by his sister, Cathy Clausen; and brother, James Boschert. He is also survived by his brothers, Michael and Richard Boschert; as well as many nieces and nephews.

Tom graduated from Southern Illinois University at Edwardsville with a Bachelor of Science in Business. While at SIUE, he was the editor of the college newspaper, which led to a summer internship at the Marissa Messenger. During his internship, he met Marilyn, the daughter of Thomas and Kathleen Lee, who were the owners of the paper. Tom and Marilyn were married the following summer on August 19, 1967. After graduation, he was commissioned a 2nd Lieutenant in the U.S. Air Force and later completed pilot training in Texas. He was a decorated veteran of the Vietnam War, earning the Distinguished Flying Cross, multiple Air Medals, and various other decorations and awards. He went on to earn a Master of Business Administration from SIUE. He served with distinction as a civil servant at Scott Air Force Base for over two decades before retiring with Marilyn to their home in Belleville.

Tom was an active and faithful member of St. George’s Episcopal Church. Over his more than forty years with the church, he made a significant and lasting impact serving in a variety of roles including vestry member, acolyte master, Sunday School teacher, editor of the church newsletter, and fellowship commission co-chair with his wife. One of his favorite roles was playing St. Nicholas each Christmas. He enjoyed organizing fellowship and charitable activities including St. George Day, Rally Day, ice cream socials, and chili cookoffs. He was a member of the committee that established the St. George’s Memorial Garden, where his ashes will be interred after his memorial service.

For more than fifty-five years, Tom and Marilyn were inseparable. During their time in the Air Force, they lived in Texas, California, and Maine. After leaving the military, they lived in Ohio and the Netherlands before returning home to southern Illinois to be close to family.

Tom was a people person and had a great enthusiasm for life. He never considered anyone a stranger, instead he saw an opportunity to make a new friend with a warm smile, a gentle laugh, and a helping hand. He was an avid photographer, voracious reader, and James Bond aficionado. Tom and Marilyn loved attending Broadway musicals, especially at The Fabulous Fox and The Muny. Of all the shows they saw, Les Misérables held a special place in their hearts. Over the years, they took many road trips to visit family and friends. They also enjoyed traveling with a close group of church friends. Tom took special delight in spending time with his grandkids. He loved finding special ways to connect with each of them as they grew into remarkable young adults. He was grateful for the opportunity to visit with each of them in the final months of his life.

Tom will be greatly missed and fondly remembered. His legacy will be carried on by the many people whose lives he touched during his years of faithful service to the nation, community, and church that he loved.

Funeral: A memorial service will be held at 11 a.m. Wednesday, January 11, 2023, at St. George’s Episcopal Church, Belleville, IL, with Fr. Mark Ohlemeier officiating. The burial will be immediately after the service in the St. George’s Memorial Garden. There will be a luncheon in the parish hall following the burial.