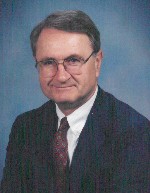 Mr. Wagner was the owner and operator of Wagner Equipment Company.  He was a graduate of St. Luke’s Catholic Grade School, a 1954 graduate of Cathedral High School, both in Belleville, IL, and earned a Bachelor’s Degree from the University of Dayton, Dayton, OH, in Industrial Engineering.  He belonged to the Toastmasters Club, was a member of St. Henry’s Catholic Church and belonged to the Men’s Club at the church.  Dick was a U. S. Army Reserve veteran.

He was preceded in death by his parents, John H. and Margaret M. Kassebaum, Wagner; and a sister-in-law, Marie Wagner.

The Wagner family would like to express their sincere thanks to the staff at Legacy Place in Waterloo, IL, The Grand Manor in Swansea, IL, and special caregiver, Tiggre Hudson, for their loving care and concern.

Memorials may be made to the Juvenile Diabetes Research Foundation or to the Alzheimer’s Association.  Condolences may be expressed to the family online at www.rennerfh.com.

Funeral:  A Mass of Christian Burial will be held at 10 a.m. Tuesday, April 18, 2017, at St. Henry’s Catholic Church, Belleville, IL, with Rev. Kenneth York officiating. Cremation will follow the services.

May God bless Dick Wagner with eternal life in heaven. May his family be consoled knowing this to be true as he was a good man.