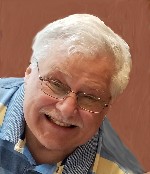 John grew up in Hillsboro, IL until moving to Belleville in his teenage years. He graduated from Belleville Township HS, attended Belleville Area College and SIUE for some time before enlisting in the United States Army. He served during the Vietnam War and was honorably discharged to which he then served in the Missouri National Guard. John worked as an officer of the Federal Protective Service, managing Clark Oil stations and then became a letter carrier for the USPS in Belleville until his retirement in 2008.

John was a member of the Black Knights Drum and Bugle Corp, the St. Louis Track club, National Association of Letter Carriers and was the “Top Duck” of his Mudd Ducks running group. John was a marathon runner, completing the Boston, Houston, and St. Louis marathons numerous times. He was a great marksman earning multiple awards and pins for accuracy. John was an avid reader of Civil War history books, visited many Civil War sights and had a great knowledge of the subject.

John was a wonderful husband, father, and grandfather. John never knew a stranger, he had many friends and would have a beer with anyone who wanted to sit for a chat. He will be greatly missed by his family and friends.

He was preceded in death by his parents, John Byrne Sr., and Maime, nee Dycus, Welge; one sister, Mary Lynn Welge; his mother-in-law, Martha Kimble; and a brother-in-law, Leland Scaggs.

John is survived by his loving wife of 44 years, Diana Jayne, nee Scaggs, Welge, whom he married on October 5, 1974, at Calvary Lutheran Church in Belleville, IL;
his children, Lisa (Brian) Smith of Belleville, IL, and John III (Kayla) Welge of Fairview Heights, IL;
his grandchildren, Alexander and Nicholas Smith, and Joni Beth Welge;
one brother, Michael Welge of Chicago, IL;
a sister-in-law, Debra Macaulay;
a brother-in-law, Richard (Cathy) Scaggs;
9 nieces and nephews;
and many cousins and friends.

Memorials may be made to Gettysburg National Military Park, 1195 Baltimore Pike, Suite 100, Gettysburg, PA 17325. Condolences may be expressed to the family online at www.rennerfh.com.