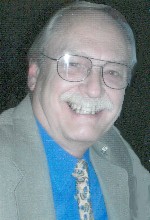 Joe was a self-employed barber for more than 50 years at Boeving’s Barber Shop in Belleville, IL.  He also worked part time for the St. Clair County Detention Center as a transportation officer from 1990-2004.  He was a veteran of the United States Army Reserves. Joe was a lifelong member of the Knights of Columbus and was a past Faithful Navigator.  He was also an avid hunter, fisherman, and bowler. He loved life and lived it to the fullest.  Everyone knew him for his great sense of humor. Joe was a loving husband and father.

He was preceded in death by his parents Wilbert H. and Ethelmae G., nee Stauder, Boeving;

The family would like to give a heartfelt thank you to all the staff on the Telemetry Floor at Belleville Memorial Hospital for the excellent care given to Joe.

Memorials may be made to Hospice of Southern Illinois or to the Poor Clare Monastery. Condolences may be expressed to the family online at www.rennerfh.com.