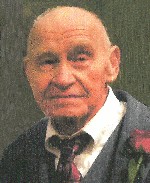 Mr. Gerling worked as a stove mounter for Eagle Range and Manufacturing and then at The Shrine of Our Lady of the Snows before his retirement.  He was a U.S. Army veteran, stationed in Germany during the Korean War.  Joseph was a devout member of St. Luke’s Catholic Church, Belleville, IL, belonged to the Holy Name Society,  and volunteered with the work crew at the church.  He made and delivered soup to the home-bound and volunteered at the Community Interfaith Food Pantry.  He was an avid gardener and always found a repair job to work on.

He was preceded in death by his parents, Bernard and Margaret, nee Schleper, Gerling; and two grandsons, Phillip Eterno and Joey Gerling.