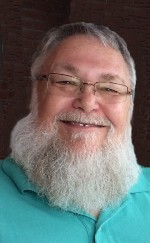 He was the first born of five children to his surviving parents, Joseph E. and Aurelia, nee Bauer, Glauber. He lived each day with appreciation. He was patient, kind and found his greatest joy in spending time with his children and grandchildren.

He was a beloved son, brother, husband, father, grandfather and friend. He worked in the car business for 37 years and after retirement took great pride dressing up as Santa Claus. It was an honor he took seriously and enjoyed; there was no one who could make you feel more important and loved. Joe was a member of St. Mary’s Men’s Club. He enjoyed cooking, telling stories and watching St. Louis Cardinals baseball.

The family asks that in lieu of flowers, donations be made to https://www.gofundme.com/fyktj-glauber-widow-assistance-fund

Private services were held. A celebration of life to be held at a later date.