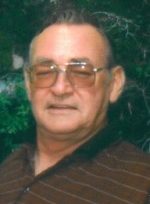 He was preceded in death by his wife and partner for more than 30 years, Susan K., nee Plessa, McGuire, whom he married on September 8, 2003, in Pigeon Forge, TN, and who died on May 5, 2020; his parents, Joseph E. and Marcella, M., nee Zoeller, McGuire; and a brother, James R. McGuire.

Memorials may be made to BJC Hospice, or to the charity of the donor’s choice. Condolences may be expressed to the family online at www.rennerfh.com.

Burial of cremains will be at St. John the Baptist Catholic Cemetery, Smithton, IL.