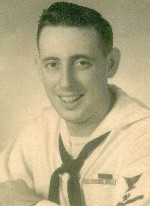 Joe was preceded in death by his parents, Joseph Peter and Mildred Louise, nee Muskopf, Mueller; and a brother, Wilbur (Mae) Mueller.

Memorials may be made to Unity Hospice or to St. Henry’s Catholic Church.  Condolences may be expressed to the family online at www.rennerfh.com.