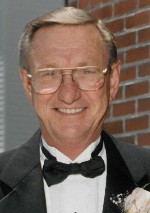 Mr. Wolf was an insurance agent for Prudential Insurance Company for 30 years before his retirement. He was a United States Army veteran and had belonged to the VFW since 1970. Mr. Wolf was a member of St. Joseph Catholic Church, Freeburg, IL. Joe enjoyed hunting, fishing, and gardening of all types. He enjoyed playing Euchre, washers and drinking beer with friends.

He was preceded in death by his parents, Elmer “Andy” and Marie F., nee Heiligenstein, Wolf; and a sister, Mary Lou Short.

Memorials may be made to The National Kidney Foundation or to the charity of the donor’s choice. Condolences may be expressed to the family online at www.rennerfh.com.