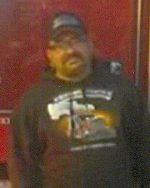 Josh was a truck driver for Steelman Transportation.

Condolences may be expressed to the family online at www.rennerfh.com