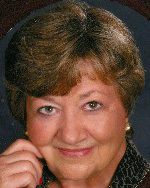 Mrs. Bush was a devoted wife and mother.  After her family was raised she became a certified medical assistant and worked in the outpatient surgery center at Memorial Hospital in Belleville, IL.  She was a member of St. Peter’s Cathedral Catholic Church, Belleville, IL., and was active with the Pregnancy Care Center.  Joyce was a member of the Silver Creek Garden Club and the Freeburg Homemakers Club.

Memorials may be made to the Pregnancy Care Center of Belleville or to the Alzheimer’s Association. Condolences may be expressed to the family online at www.rennerfh.com.