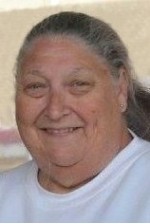 Mrs. Bertelsman worked for 32 years as receptionist in radiology for Belleville Memorial Hospital. When her children were in grade school, she was very active with the St. Mary’s Mothers Club and School. Judy enjoyed being at home, rabbit and bird watching, doing puzzles, and going on long drives with her husband. She loved her sweets, telling jokes, and all her trips to Disney World. Her favorite thing to do was spending time with her grandchildren and reading them bedtime stories. Over the past few years, Judy devoted herself to taking care of her husband, while he has been battling alzheimers.

She was preceded in death by her father, Robert Meirink, her mother, Mildred, nee Frick, Batton; a brother, Robert (Marsha) Meirink; a sister-in-law, Carol Meirink; and a brother-in-law, Larry Beaty.

Memorials may be made to Promedica Hospice or to the Alzheimer’s Association. Condolences may be expressed online at www.rennerfh.com.