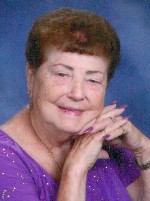 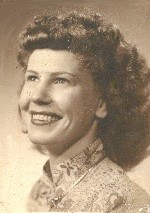 Julie was a cook at SAFB Golf Course, retiring in 1987.  Prior to her retirement at the golf course, she was a cook at various restaurants in Belleville, including Diamond Lil’s, Shrine of Our Lady of the Snows, and ShopLand Catering. She also worked as an operator at Southwestern Bell Telephone Co. for 10 years. Julie was an avid baker and canner.  She was well known for making BBQ sauce, jellies, and baked goods for various charitable organization sales.  She loved the St. Louis Cardinals, playing bingo, going to the casino, and watching her children, grandchildren, and great-grandchildren play sports.  She was an avid gardener and many people enjoyed driving by her house and seeing her flowers in bloom.  She was a member of St. Joseph Catholic Church. Julie was also a member of several other organizations including the Cyrilian Guild, Freeburg Women’s Club, Freeburg Senior Citizens, St. Clair County Homemakers and the Legion of Mary. In addition to her eight children, Julie was also a mother figure to many family members and friends.

Julie was preceded in death by her husband of nearly 45 years, Robert W. Pierpoint I, whom she married on October 21, 1955, and who died on July 24, 2000; a son, Wayne A. Pierpoint; her parents, William and Minnie, nee Macha, Bertelsmann; six brothers, Leo, Raymond, Henry, George, Frank, and Fred Bertelsmann; and four sisters, Annie and Mary Bertelsmann, Theresa Meyer, and Rose Peabody.

The family would like to give special thanks to all the doctors and nurses on the 4th floor of Belleville Memorial Hospital.

Memorials may be made to St. Joseph Catholic Church or to the charity of the donor’s choice. Condolences may be expressed to the family online at www.rennerfh.com.