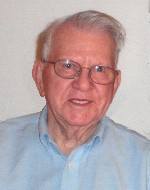 In lieu of all other gifts, memorials may be made to the Belleville First Assembly of God Church or to Heartland Hospice.  Condolences may be expressed to the family online at www.rennerfh.com.